We imagined what five famous gardens could look like in the future as a result of the climate crisis. From flooded flower beds to polluted plants, explore our interactive, visualised gardens from the UK, Tokyo, Paris and Thailand.

A UK Climate Impacts Programme (UKCIP) report says that ‘London is exposed to far greater potential damage from flooding than any other urban area in the UK due to the value of its assets and the fact that a significant proportion of London lies within the floodplain of the River Thames.’

One of the areas within the floodplain and at a high risk of flooding is Kew Gardens. Most garden plants at Kew would not survive a serious flood due to limited access to oxygen and nutrients in waterlogged soil.

The eye-catching tulips outside Kew’s Palm House are likely wilt and turn brown, as they’d rot in flooded soil. Other ornamental plants decorating the gardens, including daffodils and snowdrops, also aren’t likely to survive. Many of the 14,000 trees in Kew would be vulnerable due to the lack of oxygen. 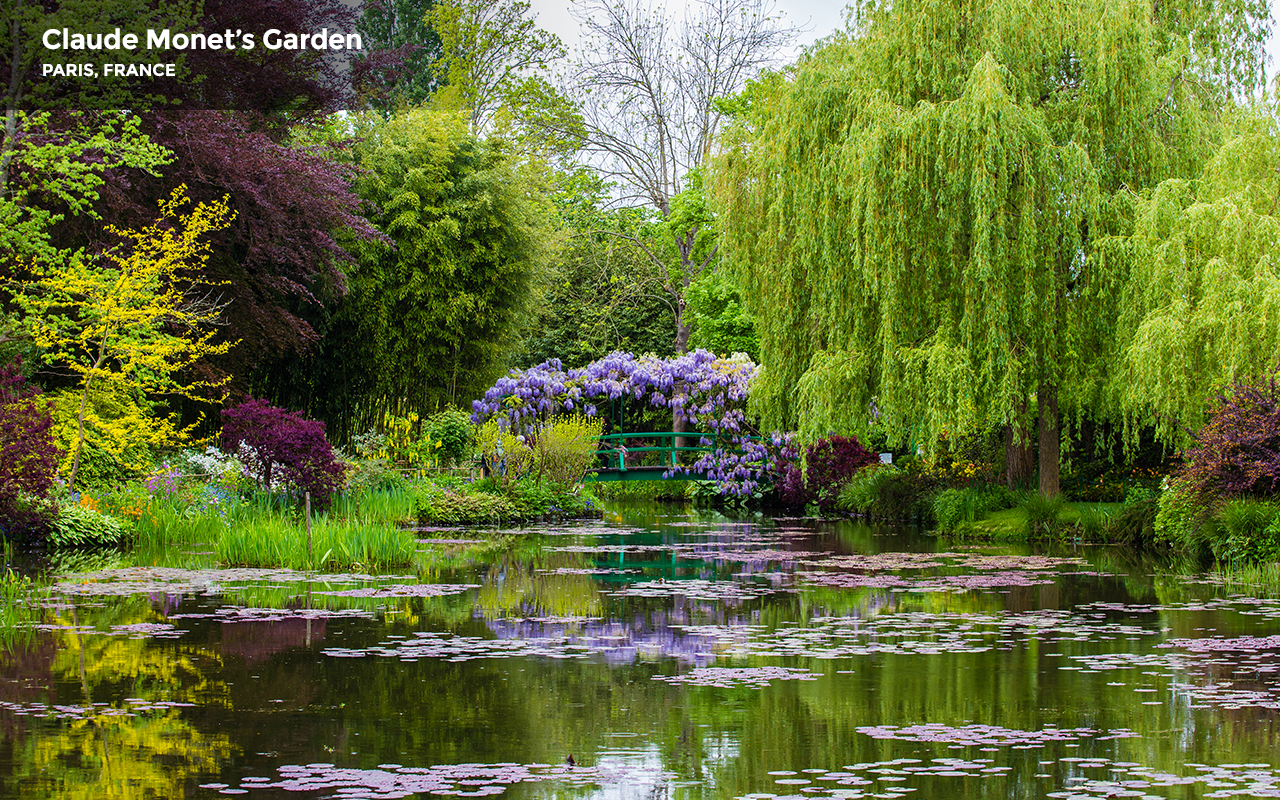 With extreme rising temperatures throughout mainland France, including Paris, the record-breaking heat waves of previous years are expected to increase as the climate crisis continues.

‘Global warming in mainland France is about 30% greater than the average warming throughout the globe’, says Climate Change Post, who gather results from scientific journals and the European Environment Agency.

Their report continues, explaining that, ‘the average annual temperature has risen by 0.95 °C in mainland France, compared to 0.74 °C globally.’

Climate change could seriously affect plant life in France, as heat stress dramatically reduces the growth of plants and causes irreversible damage to their growth and development. Trees are at risk too, as the negative effects of heat waves can lead to tree mortality.

We imagined how this could look at Claude Monet’s garden in Giverny, just outside Paris, which the Impressionist described as his ‘most beautiful work of art’. Monet’s favourite plants, such as roses, water lilies and dahlias, would quickly lose their bright colours and wither in an extreme heat wave. 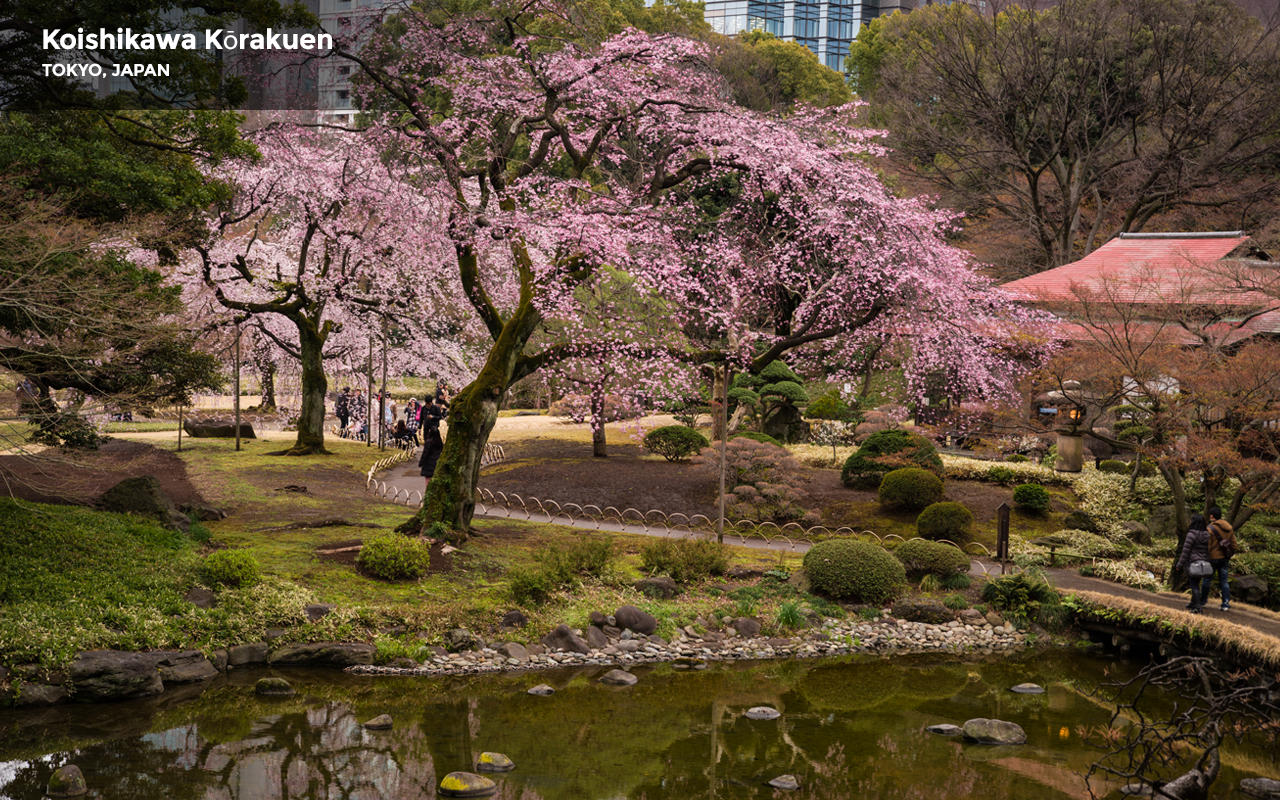 The Global Facility for Disaster Reduction and Recovery (GFDDR) says that Tokyo is at high risk for wildfires. This means that Japan’s most populated area has a ‘greater than 50% chance of encountering weather that could support a significant wildfire that is likely to result in both life and property loss in any given year.’

We visualised how one of Tokyo’s most famous gardens, the Koishikawa Kōrakuen, could look after a wildfire. Its iconic weeping cherry trees, one of the garden’s main attractions, couldn’t survive a wildfire and would take years to grow back to their former beauty. 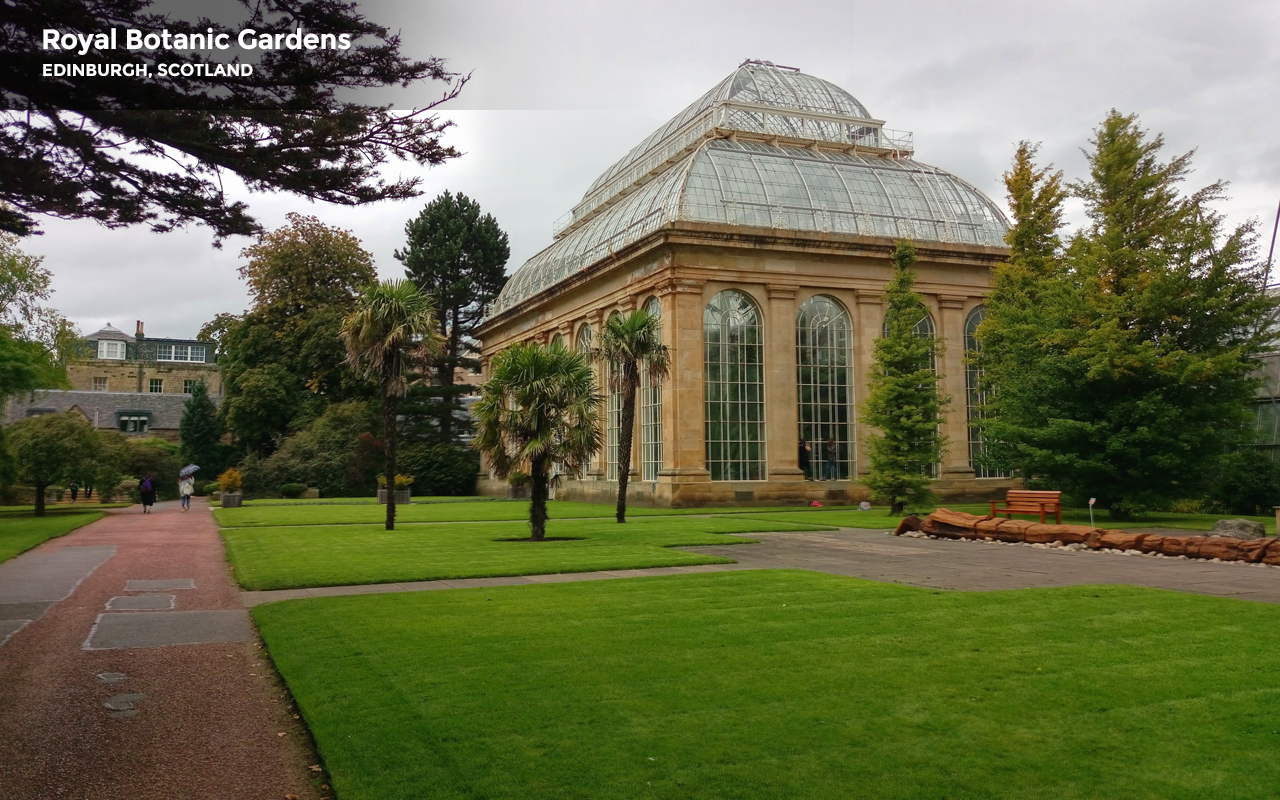 Suzanne Martin, Climate Change Policy Officer at the Royal Botanic Garden Edinburgh (RBGE) says, ‘Climate projections for Scotland and the UK suggest winters will be milder and wetter… We may experience more heavy downpours of rain and we may also experience more stormy weather.’

In fact, we’ve already seen how extreme weather impacts the RBGE. Martin’s article continues, ‘In 2012, the persistent heavy rain brought flooding and damage to beds, lawns and paths at RBGE.

‘Waterlogging of the lawns also made grass cutting difficult and caused soil compaction… One noticeable impact was a decrease in the flowering of plants and an increase in vegetative growth.

‘Severe gale force to hurricane-force winds caused unprecedented devastation to RBGE and the Regional Gardens… 34 trees were felled and a further 80 trees were damaged… Over 600 panes of glass were shattered in the glasshouses, exposing many plants from the warmer climes of South East Asia to the cold’.

We imaged how Edinburgh’s Royal Botanic Gardens could look if these extreme conditions continue more frequently as the climate crisis continues. The beautifully-maintained lawns would be overgrown, while flowering plants would decline. Plus, after just 24 hours’ exposure to the cold, plants inside the glasshouses could die. 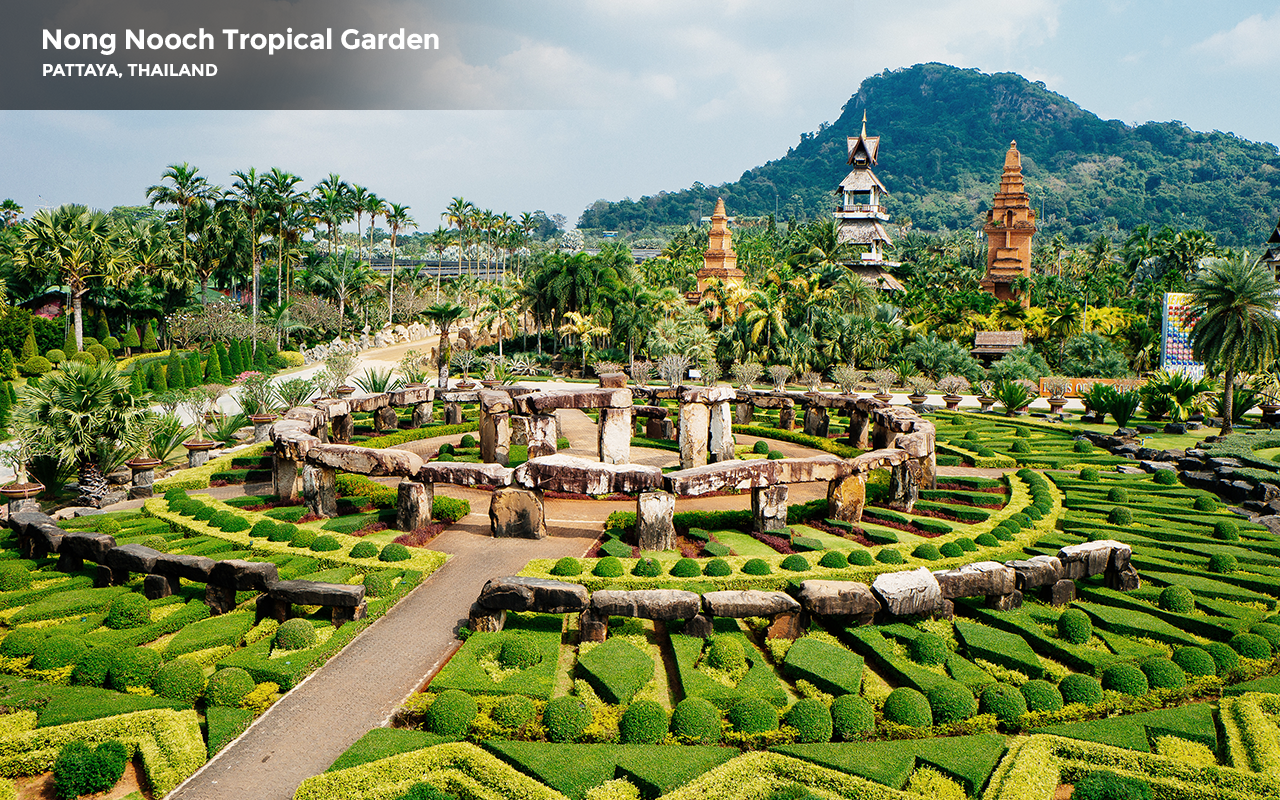 In his recent research, Dr Vilas Nitivattananon, Head of the Department of Development and Sustainability said, ‘the development [of Pattaya] has been incompatible with the coastal environment and climate change patterns.

‘Rapid urbanisation from tourism development is the main driver of environmental changes and makes the areas vulnerable to climate change-related risks… Water scarcity and pollution are the most critical environmental issues.’

Of course, plants can’t survive without water, so the greenery in Pattaya’s famous Nong Nooch Tropical Garden would soon wilt and die.

While water scarcity would be an extreme result of climate change, the air pollution in Pattaya could also visibly damage the garden’s famous palms and cycads, stunting their growth and causing them to turn mottled and yellow.

We spoke to environmental experts from The Wildlife Trusts organisation to find out what would happen across the UK if we don’t stop the climate crisis.

Rachel Hall, Nature-based Solutions Officer for The Wildlife Trusts, says, ‘The UK is already experiencing the adverse impacts of a changing climate. We’ve seen a big increase in the frequency of extreme weather events including wildfires and flooding, which can be devastating for wildlife, and people too.

‘Our uplands are particularly at risk of degradation due to hotter, drier conditions. Without action, it's possible that up to two-thirds of upland peatlands, one of our most valuable carbon stores, could be lost by 2050.’

Gina Gavigan, Marketing and Development Manager for The Wildlife Trusts continues, explaining that, ‘If we can help the natural world to recover, it can help us turn the tide on the climate catastrophe through green and blue carbon solutions. It’s possible to paint a picture of a brighter, wilder future, but we must act now.’

Seven tips to create your own eco-friendly garden

Our resident Gardening Expert, Evie Lane, provided her top tips to do your part for the planet from your own garden.

Find more garden studies and stories at Primrose, where we unearth the UK’s favourite baby garden names and uncover the top blossoming trends for 2022.