My garden seems to belong to two eras: before and after the hurricane. Before the hurricane, I had a wonderful wooden greenhouse. Twenty or so feet long and 15 feet wide. It had a two foot, L-shaped raised bed, an inside water tank, electric lighting, and staging. The hurricane took the wood and glass off somewhere. and what with children, parish council, and other commitments it never got replaced - until last year. 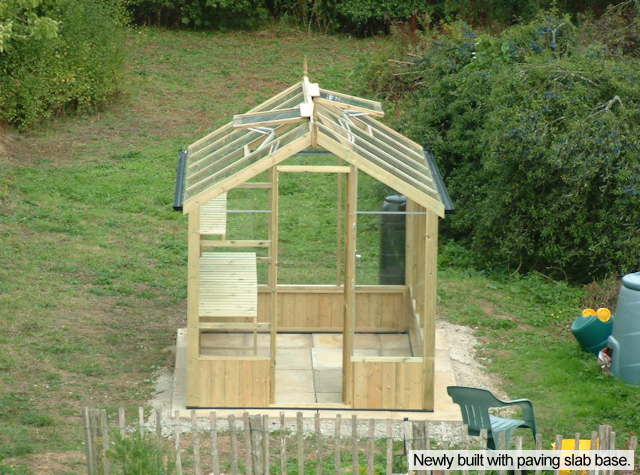 After two years of growing outdoor tomatoes and more half-hardy fuchsias that I could accommodate indoors, it was time to re-assess the situation. I'd saved a bit of money, so spent a few weeks drinking tea with friends who had greenhouses and inspecting theirs. Aluminium or wood, and what size?

Surfing online for greenhouse providers, it soon became clear that what I needed was a wooden one. Price for price there wasn't much in it, but the bonus of the wooden frame was that two very nice men came and erected it! Wood is easier to knock in nails or cup hooks - these are important so that there's something to fix tomato canes to, especially if grow bags are used. 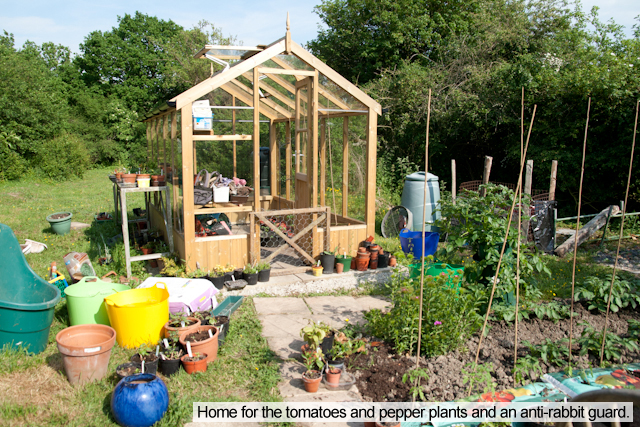 All I had to do is convince my husband to build a good solid base, just a bit bigger than the greenhouse. The one I chose was 6 foot by 10 foot - mainly because I couldn't afford a larger one. We sited it with the door facing west - just because that was the way I would be approaching it - on a good clear patch of the old orchard. I would have preferred to have the water butt at the front, but apparently the design meant that the guttering fell towards the back. The water butt is 125L - a larger one would have been much better. 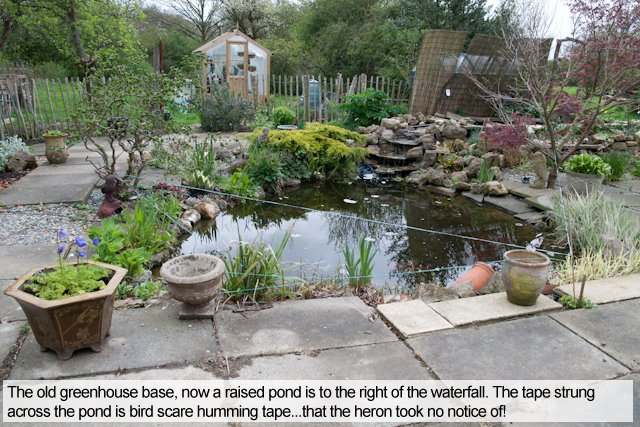 It was in place by mid-September and, just before the frosts, it was not only packed to capacity with my fuchsias, but I also bought a couple of rolls of bubble wrap and fixed that to the inside with drawing pins - easy when it's a wooden frame. 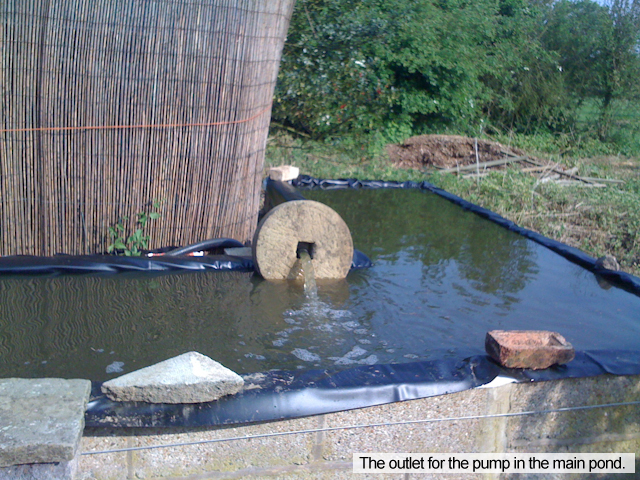 But what has happened to the base of the old greenhouse? It's still there. The raised bed has been dug out and lined. It is now filled with water and forms the top part of a waterfall acting as a filter for all the silt that gathers in the main pond. It has worked well, especially as I found an old quern stone as an outflow for the pumped water. A raised bed sits in front to hide the rather ugly breeze blocks and there are a couple of water lilies gracing the water. 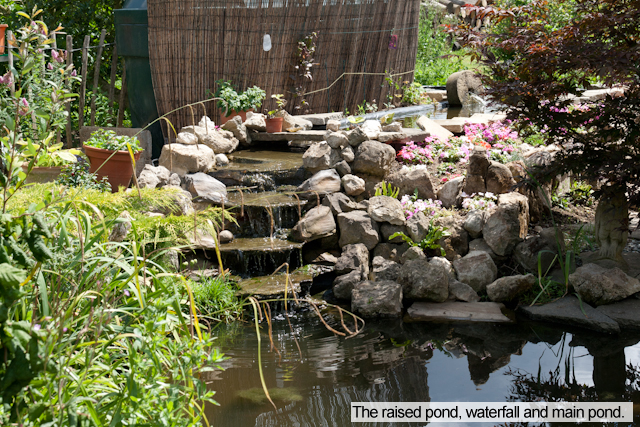 Behind sits the oil tank, disguised by a reed screen which has clematis and roses growing up it. The water tumbles down over a waterfall into a larger pond inhabited by the few koi that have escaped the heron. It's a fairly large pond of around 22,000 gallons and 4 foot deep with a ledge around part. The plan was to grow marginal pond plants - a silly idea if one has koi as they ate them! 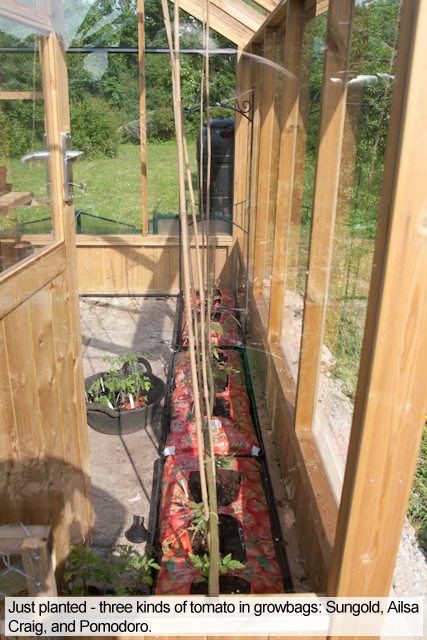