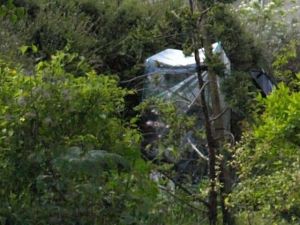 My friend Dave, slogging away in the heat sustained by frequent cups of tea and sandwiches, erected my first greenhouse last summer.

Before, I had used a small three-shelf mini-greenhouse and was amazed at how much more I could do. I used it for raising outdoor tomatoes and chillies and overwintered sweet peas, broad beans and dianthus cuttings. Before long my little grow-house was out-grown so I added a four-shelf one.

Previously, my seedlings were raised on windowsills, in an old Belfast sink and under cloches, and even along the path in pots and trays covered with thick plastic and fleece. In fact, I used anything I could find to protect my 'babies' against Old Jack Frost and his allies - the pigeons. 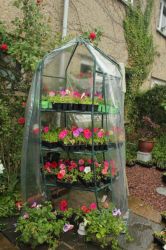 Now a 'four-shelf' gardener, I could raise plug plants for bedding and prick out seedlings into pots if the weather wasn't right for planting out. I still had my sink, my sheets of plastic, fleece, old propagator lids, my three-shelf mini-greenhouse and still there was not enough room because there were more and more things I wanted to grow.

The plastic covers were getting tattered and torn, were blowing around and I was patching them up with even more plastic sheeting and clothes pegs (must-have accessories for the 'make-do-and-mend' gardener that I am).

Last spring I bought a larger, taller, hexagonal plastic covered grow-house. No bounds for my horticultural zeal now! The old 'well-loved' propagators became stores for the many used pots I can never throw away, while the new house, on my patio, had sufficient height for growing tomatoes, cucumbers, courgettes and chillies under cover and bedding plants ready for end of May planting. 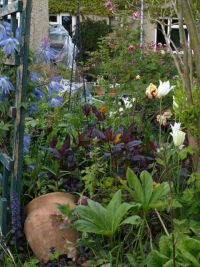 I was away early that May and needed to leave my 'nursery' to its own devices. Leaving the cover zips open a little for ventilation, I stood my growing cucurbits in trays of water and took my spaniel pup to the coast.

I returned to find the whole thing collapsed, pots and compost in heaps, in between un-shelved shelving! I nearly didn't cry. I went indoors to try and think of it as a bad dream and that everything would be in order when I looked again. I had to repot the plants that weren't broken, hose off the greenhouse cover, sweep the patio, scoop up the compost and re-erect the greenhouse feeling really foolish for placing the heavy plants and water-trays on the top shelf! My neighbour didn't know what to do as she saw the disaster unfolding.

I now have a grown-up greenhouse. Dave erected the six-by-six polycarbonate kit. I had my best tomato crop and filled the freezer with pulp from the glut. This year I have raised bedding plants for my neighbours and the toms are ready to go in their final positions as the flowers are taken out.

Of course, juggling with pots and trays as the overflow is housed in the old plastic grow-houses might have been avoided if I had gone for the six-by-eight! 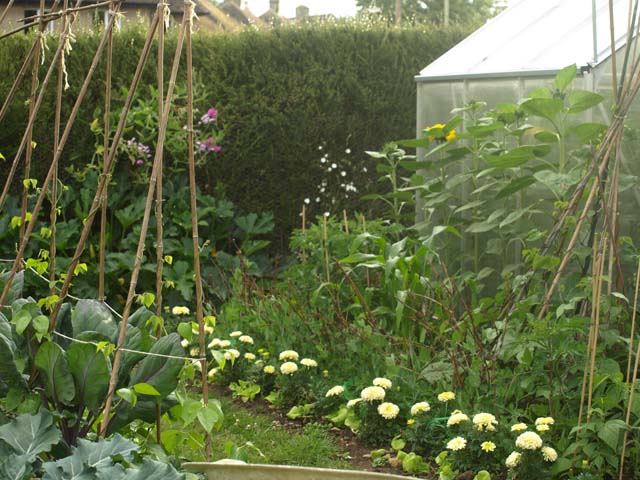