SKU
PL92493
£3.10
0% Interest-free finance available from as little as £0.00 pm. Learn more
Add to Compare
In stock
Delivery within 2-3 working days
Notify me when back in stock...
Add to Wish List
Skip to the end of the images gallery 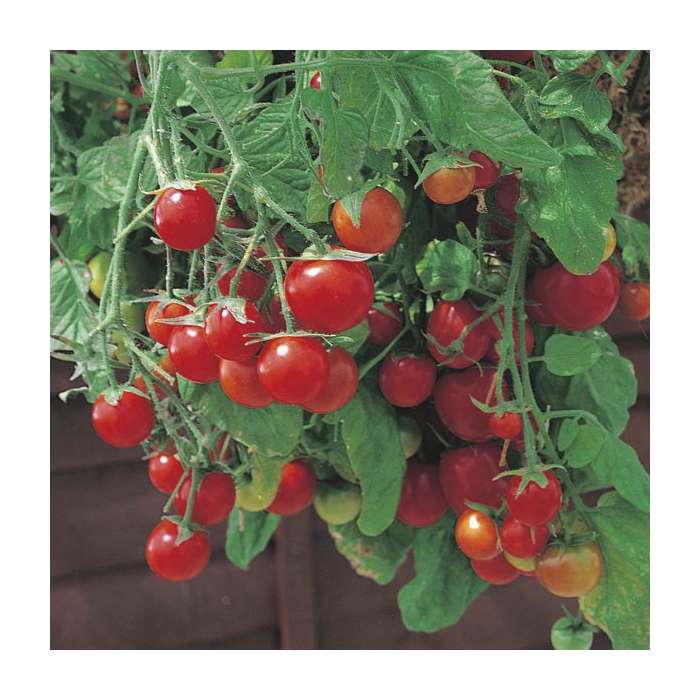 Our solanum lycopersicum Tomato "Tumbling Tom" red seeds are ideal for growing in baskets, containers, and window boxes. These plants produce early abundant yields of sweet, medium-sized cherry tomatoes throughout the summer that can be used in salads, sandwiches, and cooking. This compact bush variety can be grown both outdoors and in a greenhouse, and has a trailing habit that will cascade beautifully over the edges of containers. It is easy to grow with no side shooting or training required, and will grow to a determinate length.

We believe that anyone, regardless of ability can successfully grow their own plants at home, and do so in an eco-friendly and sustainable way.

Everyone should have the chance to experience the benefits that plants bring to our lives, and we have put a lot of effort into making sure that all of our products are easy to grow, even for beginners.

Sustainability is at the heart of our ethos and we have done everything we can to ensure that all of our products are as sustainable as possible, be it our plastic free, fully recyclable packaging, GM free seeds or ethically sourced compost.

As hybrids are produced from two specially selected varieties, the quality is more consistent, with a higher germination rate and improved cropping. But, as they require time, resources and know-how to create, they come to the market at a higher cost. They are also genetically unstable, and so if you keep the seeds from the resultant crop, performance is usually poor. Open Pollinated seeds are highly diverse and have often been grown for successfully for decades. Seeds from the resultant crop are usually perform well.

Annual plants complete their life cycle within a year, biennials in two years (usually only flowering in the second year) and perennials can live on indefinitely.

Hardy and half-hardy plants can survive a light frost, but the latter are best moved indoors during periods of bad weather. Tender plants must be kept indoors, until after the last frost.

Tomatoes easy to grow. Below we address some common queries:

Germination Requirements: temperature must be around 21°C, protect from frost and cold winds.

Planting Distance (Seed Tray): sprinkle thinly and over with a fine layer of compost, or sow two seeds into a 7.5cm (3in) pot.

Soil Preparation: remove weeds and large stones, dig in plenty of compost or manure during the winter, add fertiliser before planting.

Thinning: thin after germination so there is one plant per 7.5cm (3in) pot, or equivalent.